WHO ARE THE KARANKAWAS?

Prior to the twentieth-century, there were five commonly-held clans of Karankawas: the Carancahuas, Cocos, Copanes, Cujanes, and Guapites. Their borders rested from roughly Galveston Bay to Corpus Christi Bay. As semi-nomadic Indians, the Karankawas migrated following the availability of food sources, but still had permanent settlements. These migrations typically aligned with the changing of the seasons. Buffalo, deer, and fish made up the most calorically-dense items in their diverse diets. 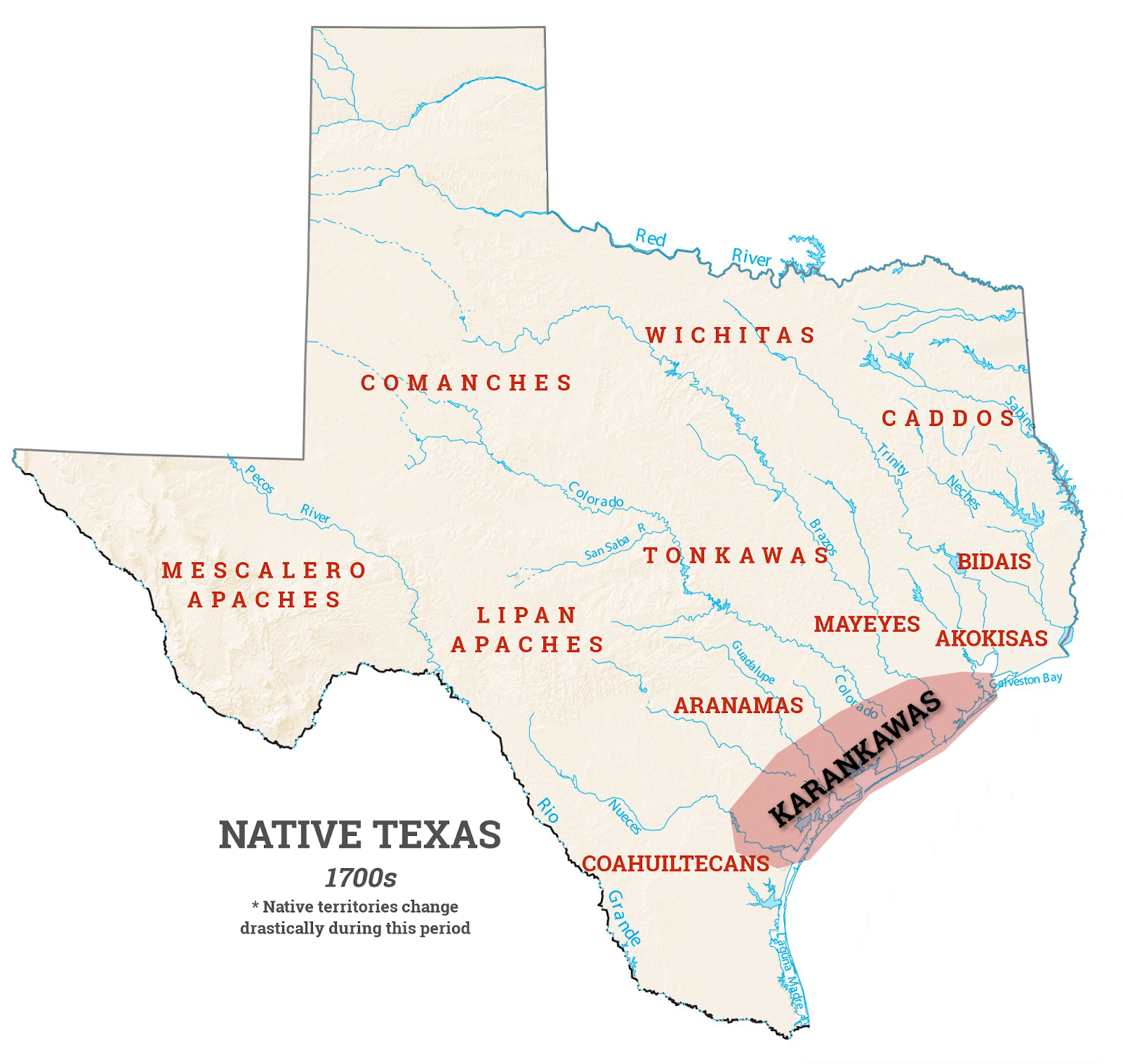 Over time the Karankawas’ population dwindled from appropriation, disease, displacement, and warfare. In the 1850s, after being forcibly removed from their homelands, the Karankawas were either tracked down and killed or compelled to integrate into Mexican and Anglo-American society. Even so, surviving Karankawas peoples retained and passed down aspects of their culture generation after generation.

Today, the Karankawa Kadla (mixed Karankawas) formed to gather and organize individuals who identified as being partially Karankawa.  There are two clans: the Hawks of Corpus Christi and the Coyotes of Galveston Bay. The Karankawa Kadla has since revitalized the Karankawan language, worked with local authorities to protect burial sites, and developed education programs that combat traditional Anglo education. They have also continued to safeguard the Texas Gulf Coast. After centuries of strife, Karankawas remain on their homelands as a persistent people.